From late 2009 through late 2015, I founded and was publisher, collaborative designer, reporter, editor, photographer and advertising/subscription sales and marketing head for my own rolling local news publication, the Riverside Signal, which included probably as many formats, shapes and sizes as can be imagined.

A trial by fire every step of the way, the experience helped shape and sharpen all the above attributes, and here I focus on the writing aspect, that is, covering the council meetings, community and school events, historical and cultural curiosities and so on for the seven towns on our radar. At turns interesting, lifting, boring and exciting, they combine and offer a look at the Toms River and mid-Barnegat Bay area that is equal parts unique apart from and common along with every other town and region that exists in America and beyond today.

For those interested in writing samples, what follows is a short, clickable list of various articles and features created during this period representing a much larger body of work that extends up to the end of 2015 (available if desired):

Below are some photos taken that sketch part of the journey that was the Riverside Signal, giving small insight into the amount of work involved in simply writing stories down and putting them out to the public, shown here as during the last burst of print before smartphones and tablets really became widespread in suburbia. 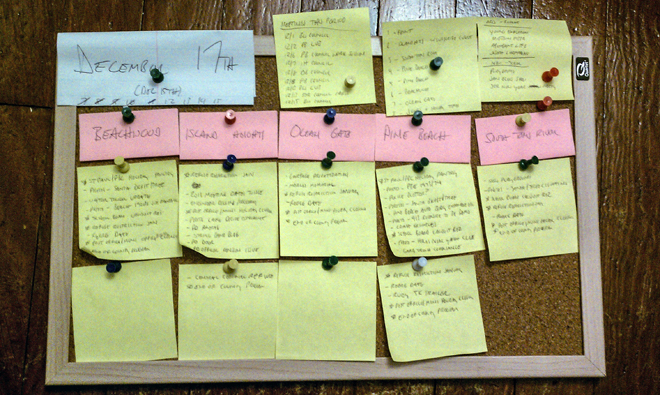 A quick shot of the first “storyboard” I threw together to keep track of stories, sections and pages of the first print edition, published Christmas Eve Day 2010, distributed to homes and businesses then, and then promptly buried under two feet of snow, then another foot or so, and mostly discovered by surprised homeowners in the spring (though copies in the businesses did fly out the door during and after the holiday).

A 2011 view of the production office space. 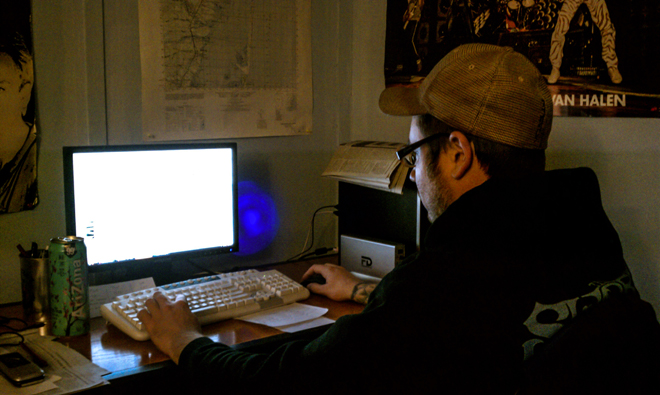 Phil Schmidt helps lay out one of the print editions. 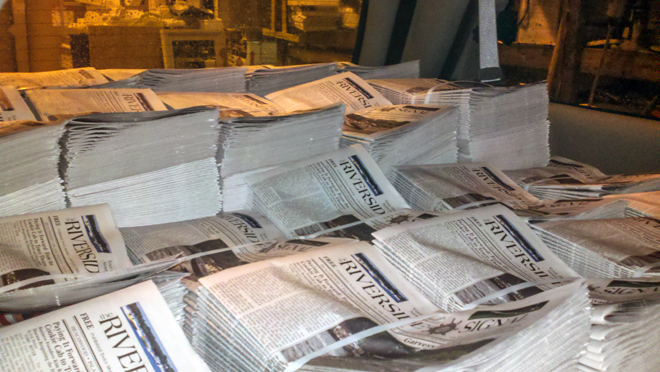 The end result was picked up late at night from our printer ten miles up the Garden State Parkway, then immediately bagged and distributed throughout the area along with a handful of friends and paid part-timers. 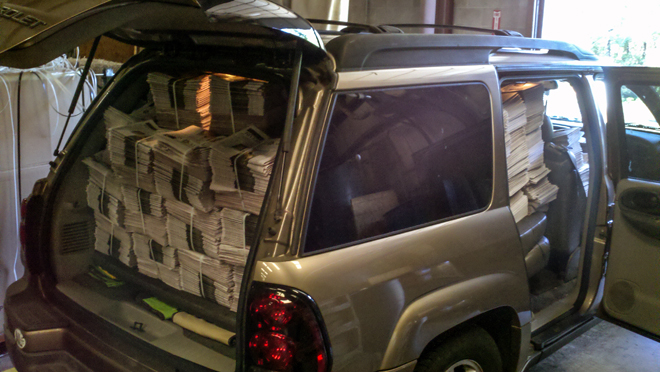 Another view of an early load of papers at the printer’s warehouse, seen inside a borrowed SUV for the effort. 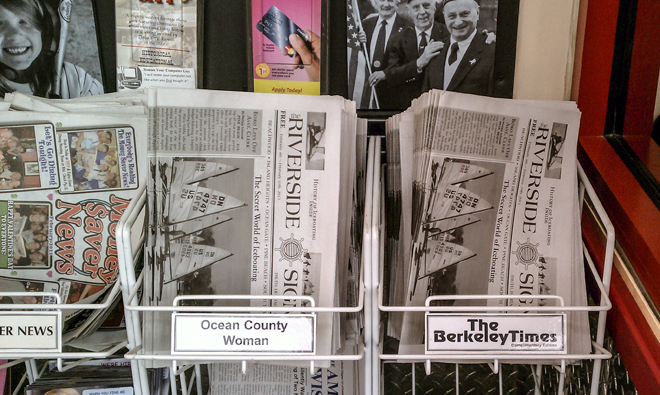 Early on, as we figured out the best way to distribute, some guerrilla tactics were used, borrowing space from competitors during their ‘off’ time, before their next editions were released. 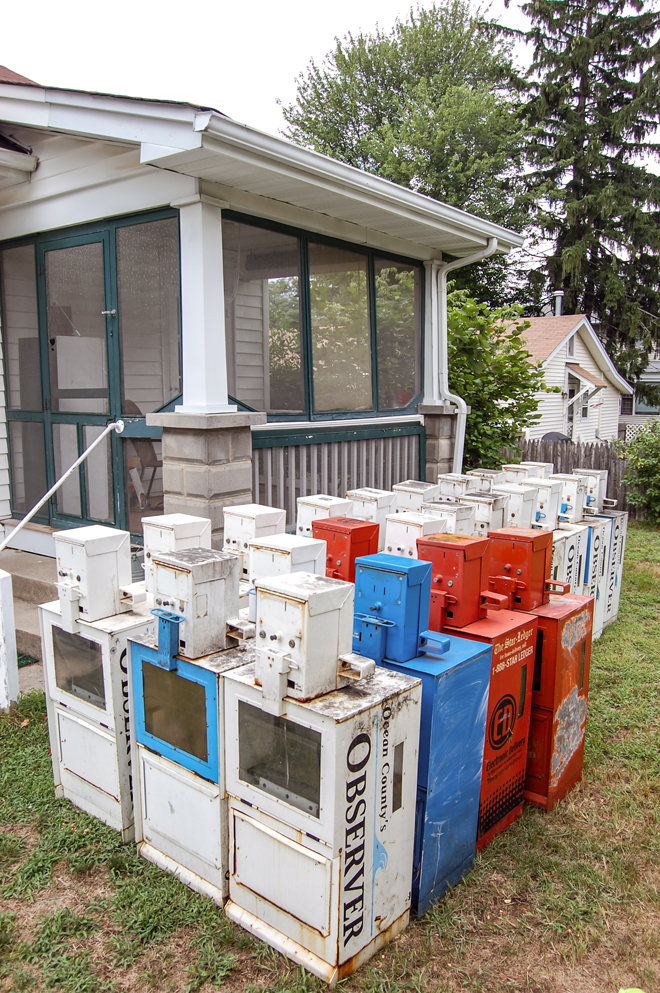 In Summer 2011, we acted on a tip of a hoard of old newsboxes given to a charity in Asbury Park, which we then purchased for $10 a pop. 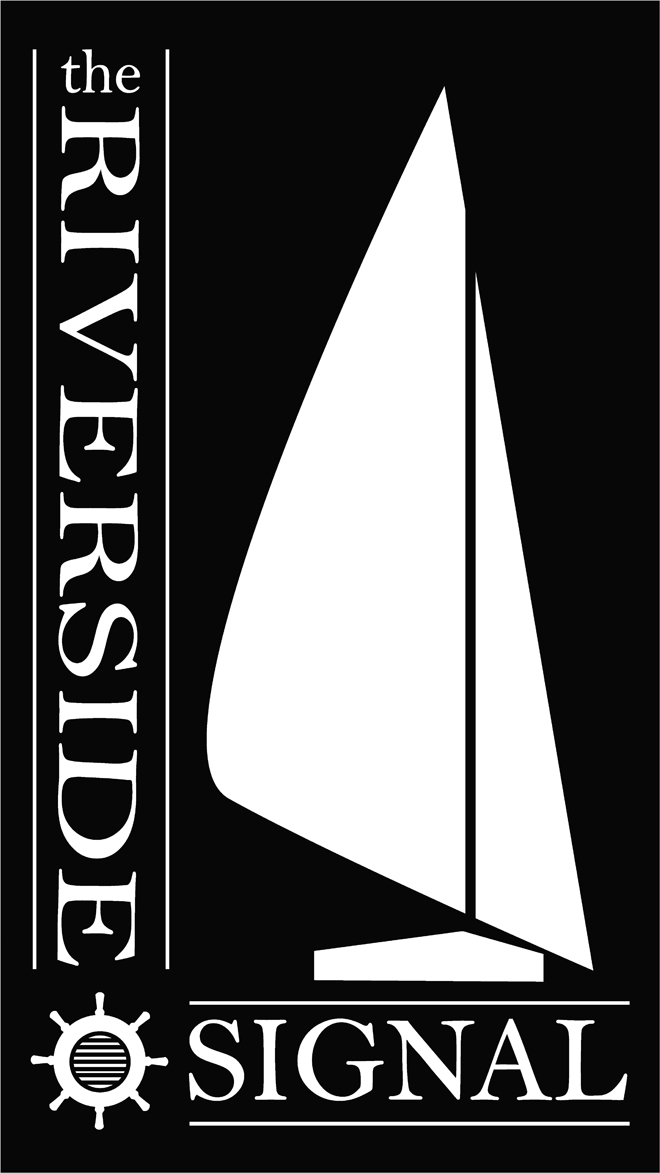 A collaborative design of the newsbox logo from my sketches but expertly composed by Sally Dracikiewicz. 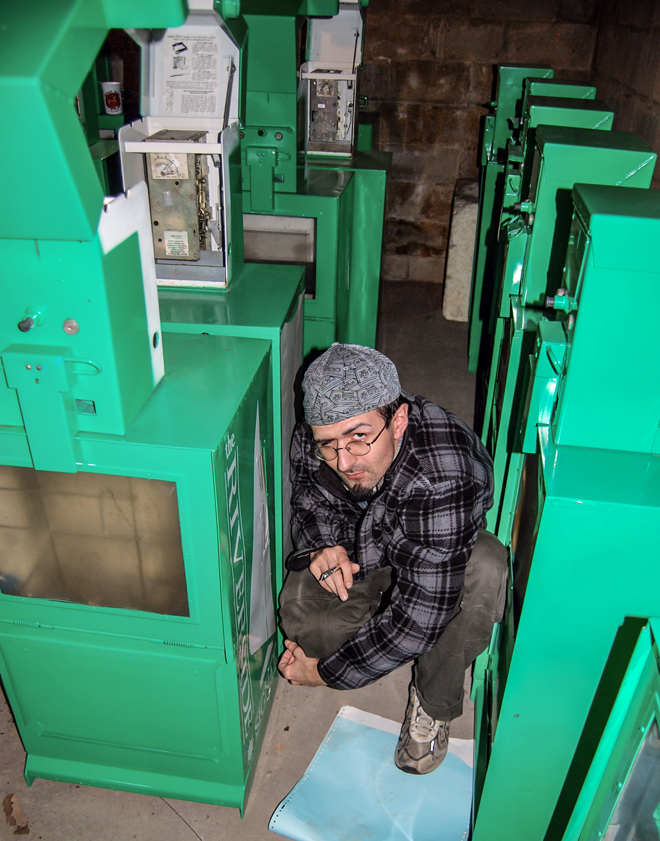 Andrew Mauro affixes the decals to the newsbox fleet, which earlier was repainted by a local auto body shop in exchange for advertising. 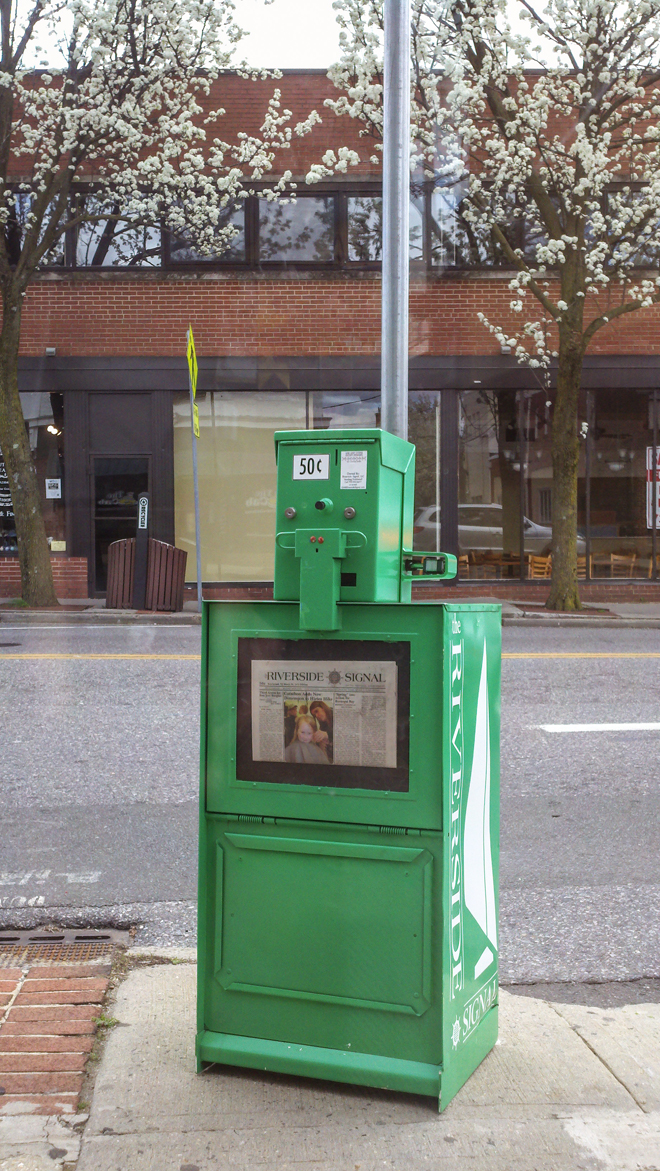 The first newsbox hits the street in the local downtown business district for the March 2012 edition.